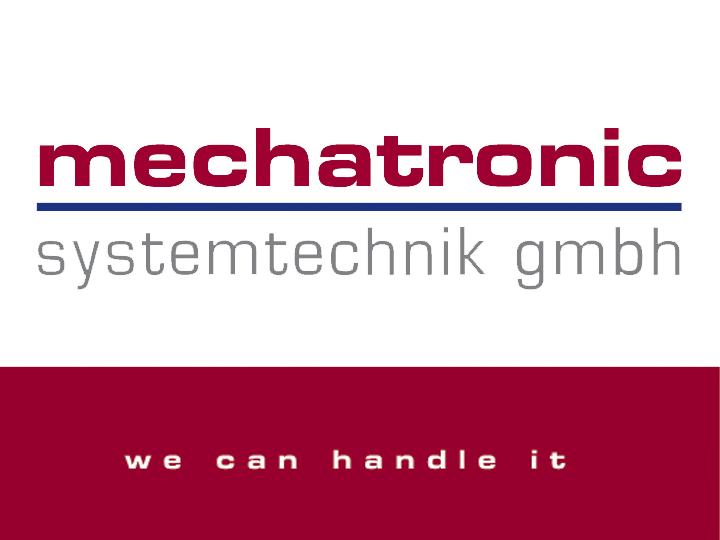 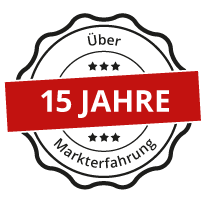 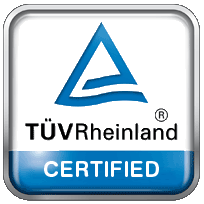 Robust and long-lasting all-in-one solutions, customer-specific manufacturing, comprehensive project support and outstanding value for money: Isel Germany AG is the perfect robotic partner for original equipment manufacturers in the semi-conductor industry. We would be delighted to prepare a free cycle time study for you, so that you know exactly whether a specific wafer handler is suitable for your production purposes or provide you with a robot system for your software connection.

With us you get the handling system that is a perfect fit for your production. On request, we can tailor your handling robots individually from isel components to provide high-performance automation solutions that are optimally aligned to your production requirements and with significantly short production times.

Free training for new customers, telephone support and ongoing project support from experienced isel technicians: Our main focus is always to please our customers with excellent service. Customer service is also the main focus in 2019. Trust our worldwide service, e.g. with long-term partners in Asia or our new partner in the USA. The high spare part availability reduces your downtime to a minimum.

Reliable and long-lasting components for wafer handling by isel cover all the needs of OEM customers in the semiconductor industry. The Advanced Controller has a defined path speed, so that speed and acceleration focus on the tool centre point (TCP) and not on the individual axes.

As a German manufacturer of atmospheric clean room robots with more than 15 years of market experience in robotics, we offer you advanced and progressive SCARA technology with 3 or 4 axes, which guarantees you maximum efficiency and exceptionally high machine throughput. 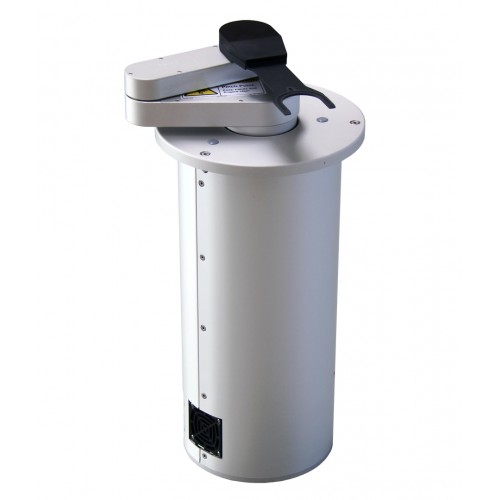 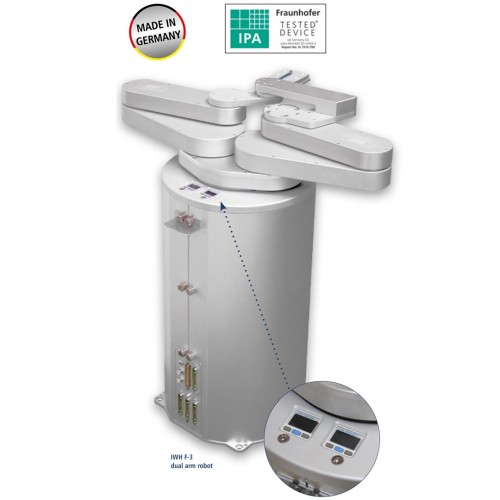 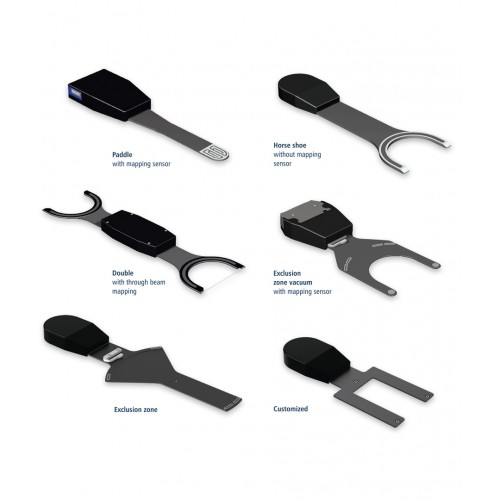 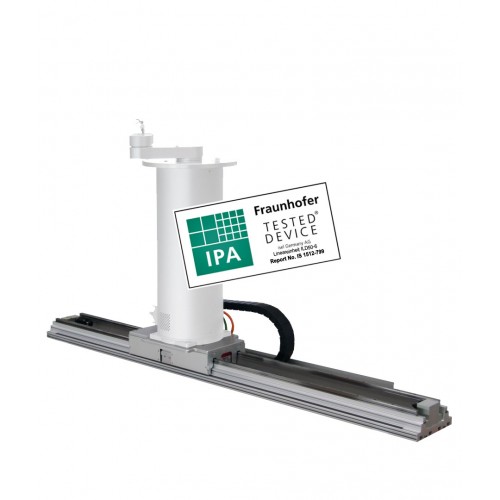 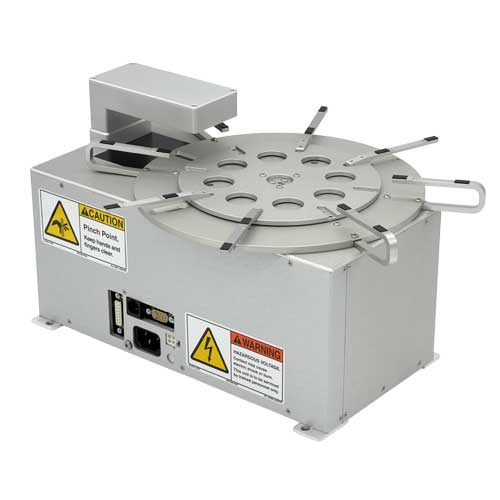 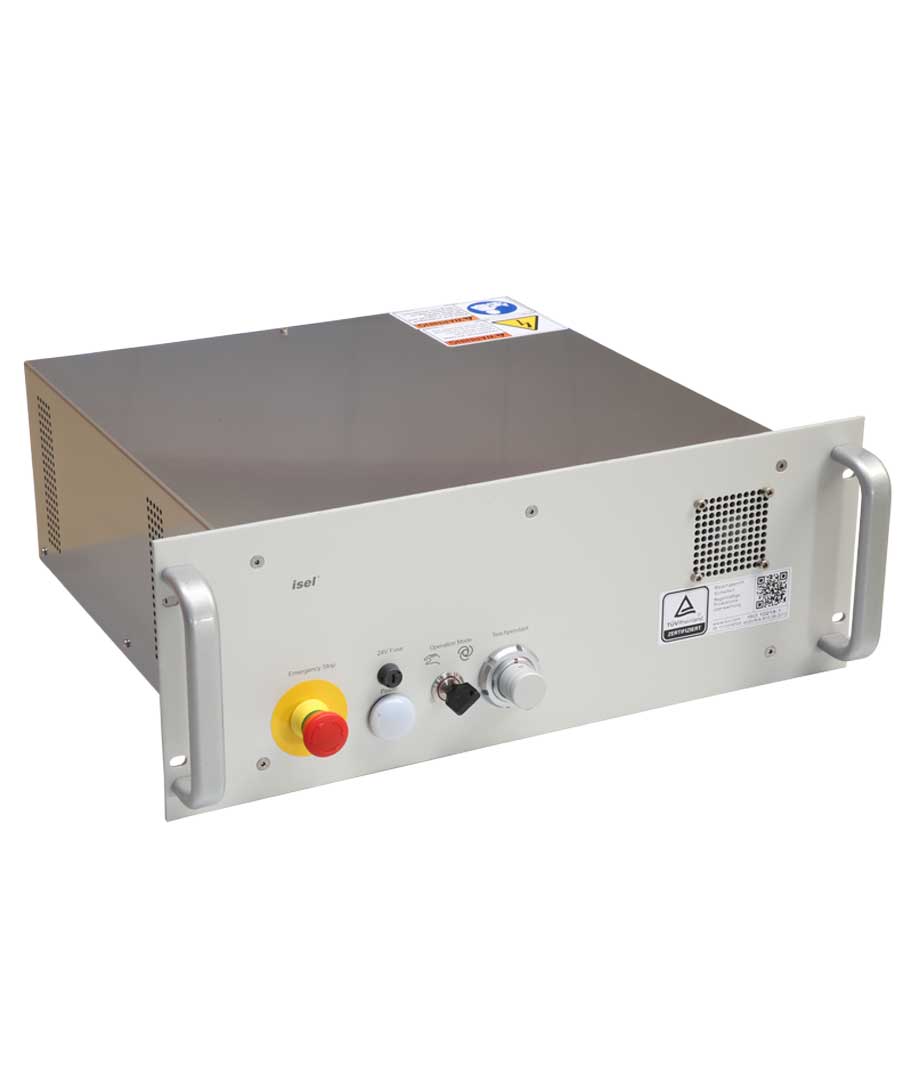 Accessories
Avanced Controller, Wafer mapping sensors, flip modules, hand terminals, teach pendands for effective wafer handling
Show Product
Not exactly sure which product is the right one for you?
We are happy to advise you.

The most important questions about robot technology & wafer handling: Our experts answers...

Semiconductor industry, display handling, LED production and general substrate handling under clean room conditions: We provide you with competent answers to automation technologies in the semiconductor industry and robot control. If you can not find a suitable answer to your question in our FAQs, please contact us personally.

1. What accessories are there for Wafer Handling robots?

In addition to the wafer handlers, some additional components are required for industrial wafer handling. The end effector is the most elementary component since it touches the substrate directly as an attachment of the wafer handler. With the constantly increasing requirements of the semiconductor industry, end-effectors are increasingly becoming a customer-specific solution. That is why we at isel offer our customers not only a standard assortment but also individual end effector solutions. Different pre-aligners, manual control units and project-specific accessories are also used. isel customers receive pre-aligners in different versions and for different application areas, for example very economical one-axis pre-distributors or absolute special solutions for edge handling. Modern hand-operated devices are also available from us. In robotic accessories, we advise you individually to avoid any possible disturbances in the ongoing project from the outset and offer pre-free handling tests with pre-aligners or end-effectors.

2. What are the features of a good wafer handler?

A good wafer handling robot is characterised not only by application-specific properties but also by:

Equally important are comprehensive service and support services and good availability on the part of the manufacturer in the case of possible accidents. To ensure consistent production and maximum machine throughput, we offer our customers, in addition to first-class robots for the semiconductor industry, extensive weekend support and ongoing project support.

3. How durable are wafer handlers?

With daily use, isel handling robots are designed for at least 7 years. If a wafer handler is regularly maintained and not fully loaded, the service life is significantly longer and it can last up to 15 years. If mechanically stressed parts show the first signs of wear and the robot no longer works precisely and quietly, it is time for refurbishing. In doing so, all parts are tested for damage and, if necessary, replaced in consultation with the customer. The controller is updated to the latest hardware and software version. The handling robot is thus ready at a fraction of the original price for the next few years.

4. How high is the average machine throughput of wafer handlers?

The question of throughput can not be answered on a general basis, since this is influenced by many different factors. The substrate to be transported, the end effector used and the size of the robot play an important role. This is why we offer all customers a free cycle time study in order to determine the throughput times individually in advance of a project.

5. How are handling robots installed?

Generally the installation of the wafer handling robot is very easy to handle. An isel robot is delivered with detailed installation explanations which provide information about the relevant installation parameters and the necessary cabling. Should you still have any questions, our service team will be delighted to help you.

6. What is the energy consumption of a wafer handler?

The energy consumption of a wafer handling robot is very low compared to most energy-consuming processes in the semi-conductor industry. Depending on the mode used and controller, it is between 300 and 500 watt

7. How precise are wafer handling robots?

In principle, all isel robots feature high repeatability and have been appreciated by our customers for years because of their excellent processing and excellent running stability. The specifications for the different models can be found in the relevant data sheets.

8. How do you clean handling robots of wafers?

Since the robots work in a clean room environment, they are thoroughly cleaned up by the isel quality assurance after the final inspection and before packaging in antistatic film. To eliminate any contamination caused by the installation of the system, the part of the robot, which is located in the very clean working area (mini environment), is carefully cleaned before the system is put into operation with isopropanol and special lint-free cloths.

9. What do wafer handlers cost on average?

The most economical wafer models are 3-axis robots with small range. The more axles the robot has, the further its range or the handling weight, the greater the production effort and the associated purchase cost.

10. What is the back transformation in robotics?

11. What is the homogeneous transformation matrix in robotics?

12. What is the rotation matrix in robotics?

13. What is singularity in robotics?

For movements between two target positions, corresponding intermediate positions are calculated, that is interpolated, on the basis of programmed pre-sets. Interpolation types are point controls, multi-point controllers or path controllers, which calculate the joint position in the interpolation points with the reverse transformation. To control the joint movement, these set points are transferred to a control system.

14. What is singularity in robotics?

Singularities or singular positions are critical situations which can lead to mathematical instabilities in the determination of the joint angles and thus to the robot stopping. These situations correspond to particular positions of the robot arm, for example, arms which are extended or overlapping. One possible reason for a singular position is a division by zero. With a suitable software solution, however, singularities can be largely prevented.

15. What exactly is robotics?

With the term "robotics" most people probably associate intelligent machines in human-like design. Think of the three laws of robotics by Isaac Asimov. Modern robotics are so much more than humanoid machines, but they are no less spectacular. Robots are used in situations and environments that are too dangerous for humans. As industrial robots, they do complex tasks and processes of automation technology, work much more quickly and more precisely than humans and significantly increase machine throughput and productivity. As a wafer handler in the semiconductor industry, they are fail-safe under clean room conditions, as golf robots (link to golf robots) they perfect the golf swing of ambitious golfers and in the chip industry they contribute a large part to the Smartphone revolution through their precision work. In short, it is hard to imagine industry 4.0 without an intelligent robot control.

16. In which industrial sectors are robotics used?

From medicine, research and education, military to industry: robots are used in many areas. The automotive sector and the semiconductor industry, in which the wafer handlers of isel Germany AG are used, are areas in which the use of innovative robot technology is particularly pronounced. In addition to semiconductor technology, isel clean room robots are also used in display handling, LED production and general substrate handling.

17. What are the origins of robotics?

Robotics is older than generally accepted, since even back in the ancient world, the first attempts were made with machines, for example automated theatre and music machines. The first humanoid machines were built around 1200 by Al-Jazari, an Arab engineer, who was also supposed to have influenced Leonardo da Vinci. Modern robotics developed rapidly after the end of the 2nd World War, with the first mobile robot being developed in 1968 on MIT. From then on progress was unstoppable. iselrobotics was created about 15 years ago and nowadays there are over 1,000 isel robot systems on the market.

18. What are the future prospects for robotics?

Intelligent software and machines have already taken over a large part of the automation technology and will automate further industrial sectors in the future. For US market researchers, robotics is the pioneering trend of today's times, the production processes are mechanised and designed more effectively, thereby increasing the machine throughput. With the use of artificial intelligence and modern robot control, experts predict a doubling of economic growth in Germany by 2035. This is a trend which does not stop at the semiconductor industry either and which requires the use of efficient robot kinematics - for example, SCARA.

19. What is the difference between mechatronics and robotics?

Any more questions? We would be delighted to answer them! 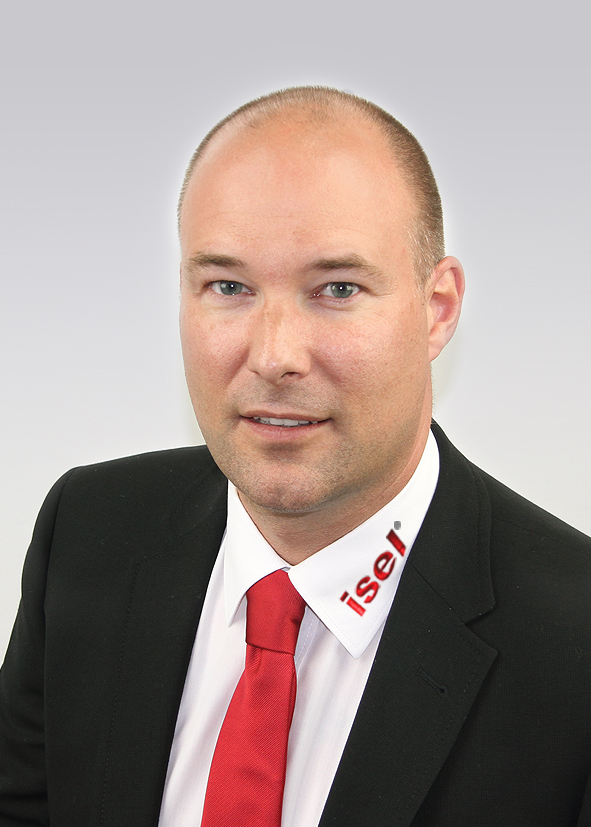 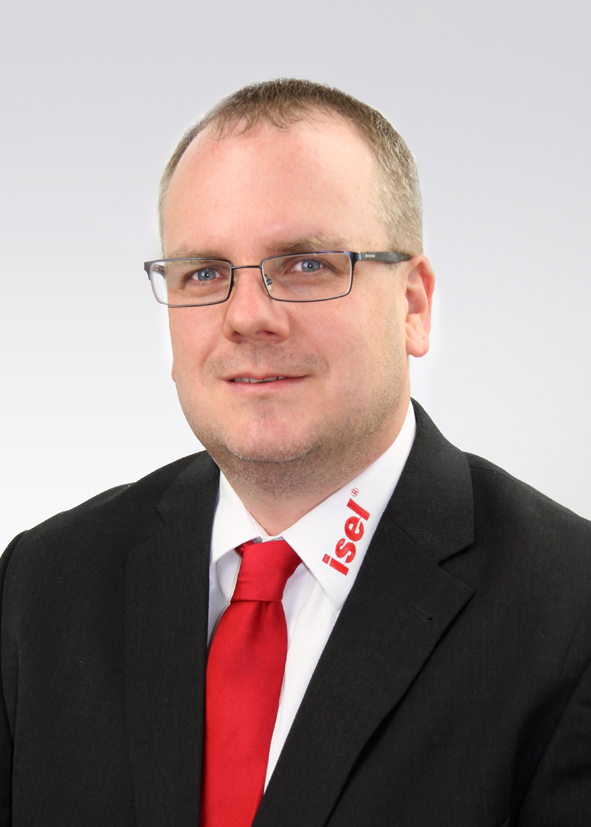 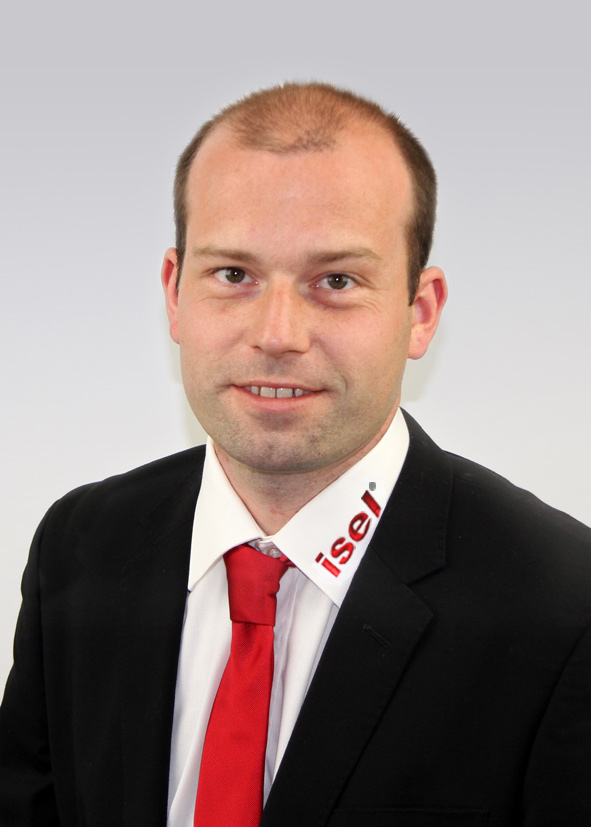 X
Do you have any questions?

has been operating for more than 15 years within the semiconductor sector. Sales began in 2004 with just a few types of robot and prealigner. Today the range of components for the semiconductor industry covers the needs of all OEM customer within the semiconductor sector. Since 2004, over 1000 robot systems have been successfully put into service. The high level of customer satisfaction is based on the quality of our products, but applause also goes to our reliable after-sales service and comprehensive support. Our All-in-one designs enable handling of wafers and masks in an environment of clean room class ISO. 1